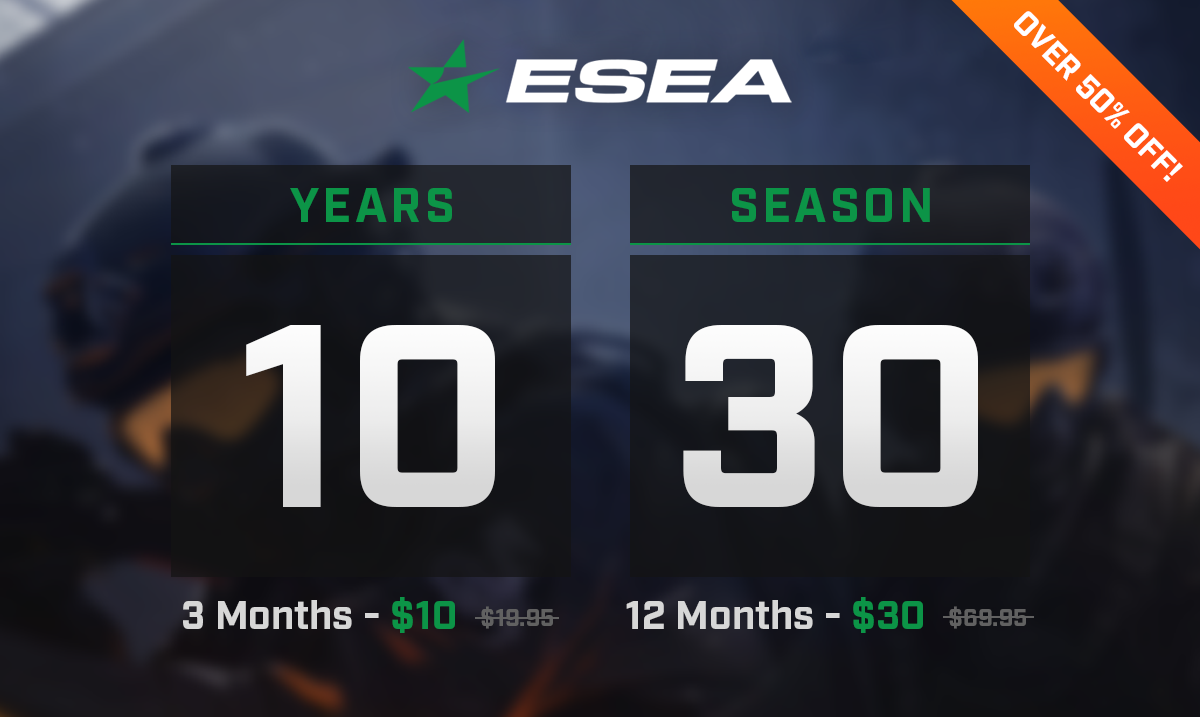 Happy Holidays and Season’s Greetings! Speaking of Seasons, the upcoming ESEA League Season will be the 30th run by ESEA, spanning 10 years of competition. We wanted to take a moment to recognize all the past and present players who helped create an amazing community over the years and memorable moments season after season. ESEA has grown into the premier platform for competitiveness and it would not have been possible without the dedication and commitment of the players over the last 10 years.

Let’s take a look back at some of the major milestones from the past 30 seasons:

To celebrate all this great history, we are going to be having a massive holiday sale on ESEA Premium and ESEA Insider, running through January 17th, 2019. To celebrate 10 years and 30 seasons of ESEA League, we will be selling multi-month subscriptions at the following prices when checking out using Xsolla:

Keep in mind that once your subscription expires, you will resubscribe at the standard rate. This promotion is for new subscriptions, and you will not be able to upgrade your plan to the above pricing if you are currently subscribed. If you're currently on a subscription plan that is longer than the term of this sale, please make a support ticket, and we will be happy to help you out!

In November of 2018, we released one of our most ambitious updates to date, that saw us introducing new systems and improvements to old ones. The Rank S system saw its prizes raised…

The U.S. National Championship is a new program solely dedicated to showcasing and highlighting the best CS:GO players in the nation, exclusively profiling the climb and struggle of graduating from (G)…